Skip to main content
By jesse parker February 02, 2008
Meet Porter, our new rat. We stuck with the food theme for the name, and decided a good porter was a match for this little guy. Triscuit died about a month ago so we got this little guy from the local shelter shortly thereafter to give Olive someone to hang out with. Rats are very social, and they do alot of playing with eachother and stuff like that. It's not so good to have a single rat, as they get lonely.

they both realllly enjoy gnawing on things. 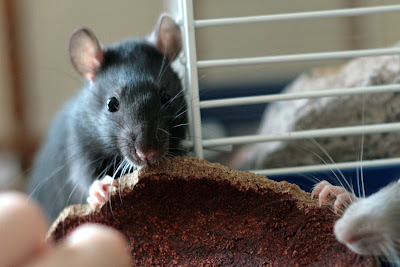 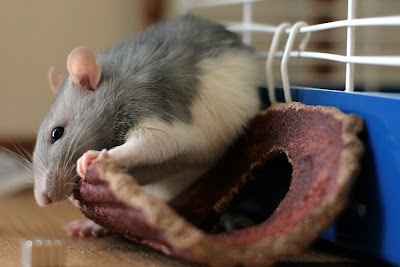 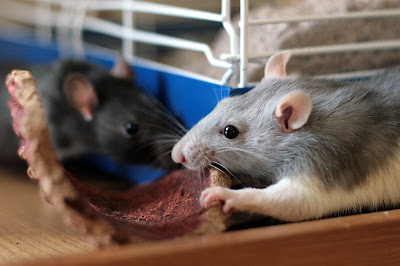 Olive got sick of playing tug a war with Porter and decided it was time to try and drag the wood pulp chew toy into the cage, eventually getting it in. 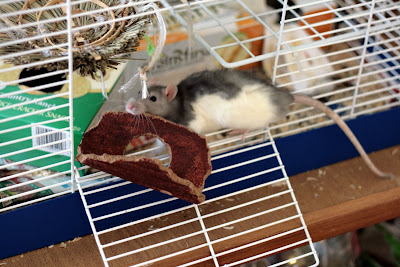 Yes, that was an entire post about two rats. Someday I'll post about a new kitty or a puppy and it will seem a bit more normal.