By jesse parker March 14, 2010
Went for some splitboarding near Ski Cooper in Leadville yesterday.. The day began with this (well, several of these): 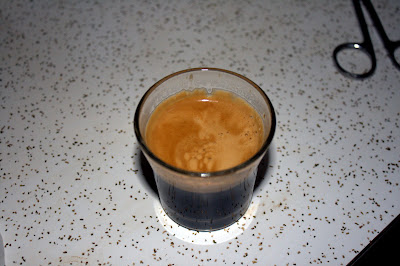 And then the 2.5hr drive to Leadville. Packed up and headed out. 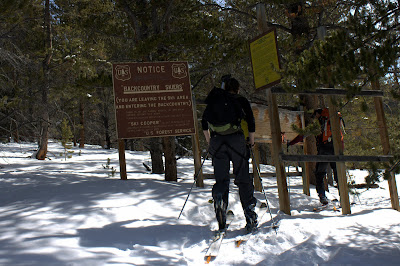 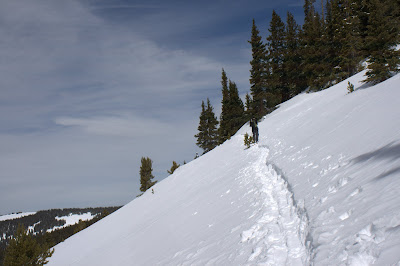 We did three runs, the second two were up a cat track cut up to above treeline. It ended around 12something thousand feet, and got a little chilly at the top. Not bad though. 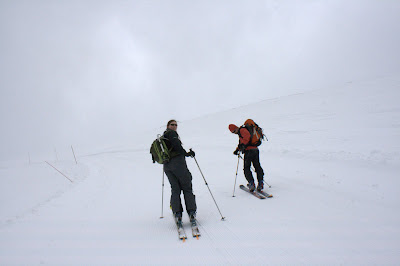 With some clowning around in between.. 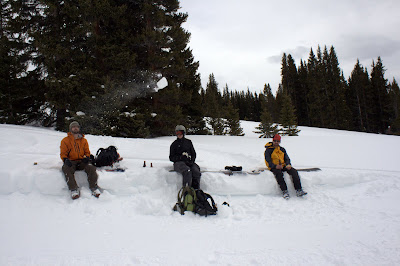 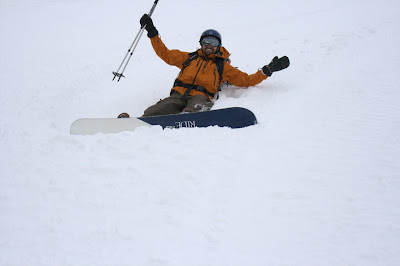 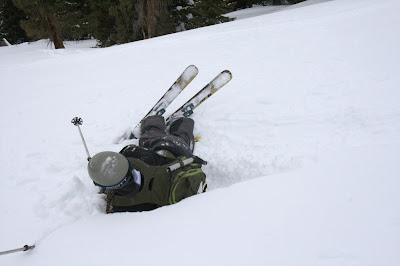 And some good snow. 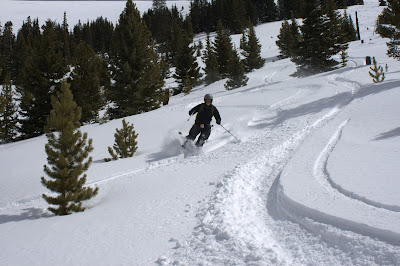 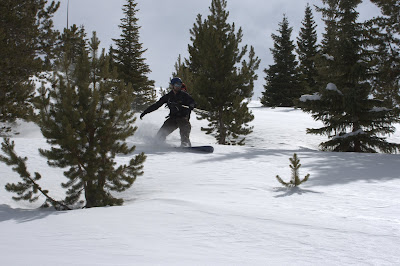 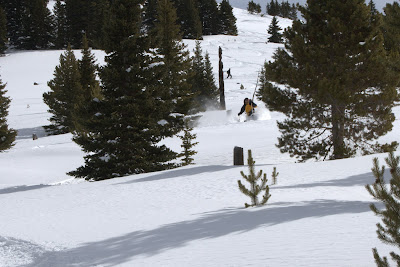 Always good to have a pinhead around to make the snow look deep.. 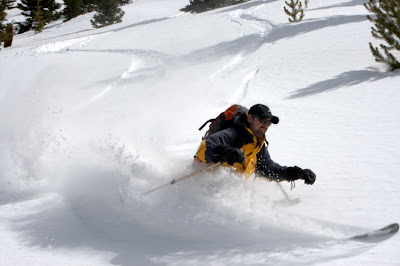 We started and ended at Ski Cooper, and managed to convince the lifties to give us a ride up for the last run of the day on the mountain.. Nice of them it was. And then the drive home. Leadville has alot of old mining history, evident from the large quantity of derelict old cabins.. 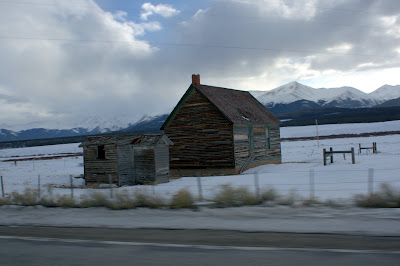 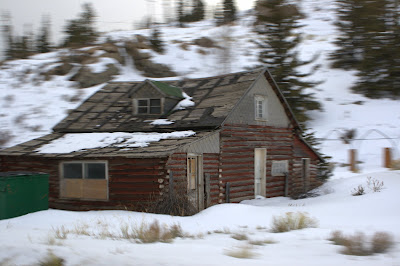