By jesse parker December 31, 2012
This year started out pretty good, with some cool work travel and overall not alot of bad things going on.  Then late Feburary I got a call from dad saying mom was just diagnosed with stage 4 inoperable pancreatic cancer and had 2-4 months left to live..

Wow, that went from ok to shitty really fast.

So after all getting up to MT as fast as we could we did the only thing we could think of, booked a trip to Panama for some world class birding as it's one of mom's favorite pastimes.. 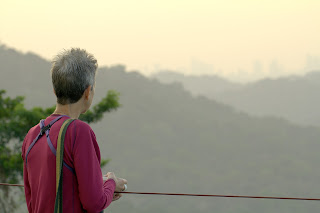 The first few nights were spent in an old converted radar tower the US government left.  Really cool place, tons of birds, neat view of the canal, etc.  The second part of the trip with the "cloud forest" further north, also very cool.  Mom was doing ok, on some pretty strong drugs to counteract the increasing (ruthlessly increasing) pain.  And drowsy, so drowsy.  Apparently the terrible alien growing inside you takes alot of your energy.  Regardless of this she had a great time, and to be honest, that was the only thing that mattered.  We did too though, so that was nice. 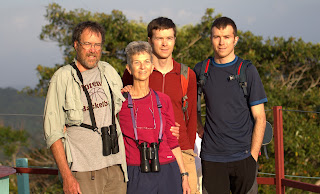 This trip was tough because we didn't know how fast things were going to go here, 2-4 months isn't long.  Especially when the diagnosis was made 2 months in...

So we treated this like the last trip we would have together, and it was fantastic.


Then a month went by after we got home and the chemo actually worked very well at shrinking the tumors and decreasing the cancer cell count.  All of a sudden it seemed that the end wasn't coming as fast as we've been preparing for.  These months went by pretty quickly, things were almost back to normal except for that nagging elephant in the room.

So, where to next?

Well, the next thing to check off the list was eastern Montana, to Makoshica State Park in the Montana badlands.  This time we borrowed an RV from some excellent friends and the parents picked me up in Billings from the airport.  We stayed in a terrible campground in town just off the interstate, and took off east the morning after.  Another great trip, and mom was in even better shape than Panama.  More because of a better drug regimen, but nonetheless things were pretty good. 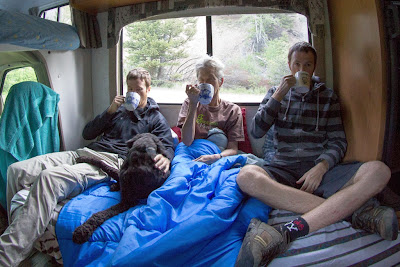 So, all three of us have the same birthday on October 10th.  In the beginning we were positive that we weren't going to be celebrating it together, and that this was going to be the first one that only two of us get to be around for.  This was June so we had just under 4 months to go for the birthday. 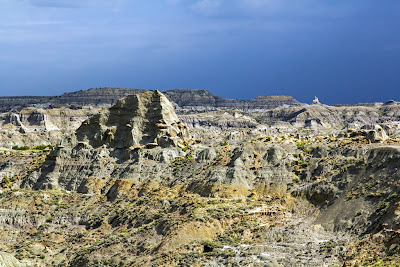 Anyways, the trip went by smoothly, and we had lots of fun as it's normal for our family to do.  That's another thing, how many families can even say that?  How many have all these stupid little arguments or feuds that get in the way when things really matter.  Like now.

The months went by rapidly with all sorts of cool work trips to places like Whistler, BC and other things that didn't matter nearly as much this year as they would of normally.

Well, October was starting to look like a pretty good possiblity..

So, where to next?

When were were kids, spring break usually meant a trip somewhere warmer.  Many of these times were spent in southern Utah, from Moab to Zion.  So Zion seemed like a logical choice, right? 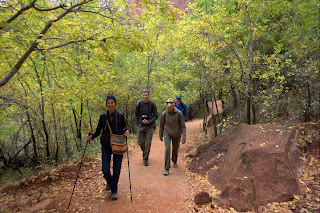 Zion in October is awesome, and we had another great trip.  Not quite as much walking around as before, but damn close.  She was definitely giving this terminal illness the finger at this point.  Being the toughest person I know, I'm not going to say I was surprised.

John's girlfriend Sabrina joined us on this one, and it was a bunch of fun.  Again, she was more tired than usual and very slightly druggy seeming, but really not that bad. 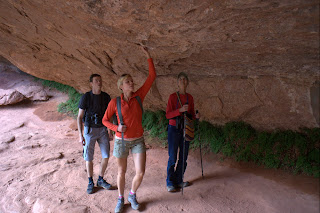 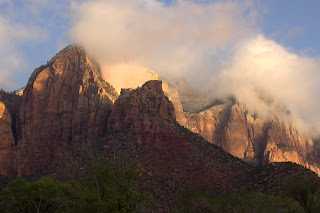