By jesse parker June 01, 2008
So I did a similar loop to last time in North Cheyenne Canyon. or Canon with the little tilda thingy above the "n". It was a long ride, took me just under 6 hours at a fairly leisurely pace. The snow is almost all gone, I only hit one patch the entire ride I had to go through. I posted a bunch of pictures, so check 'em out. 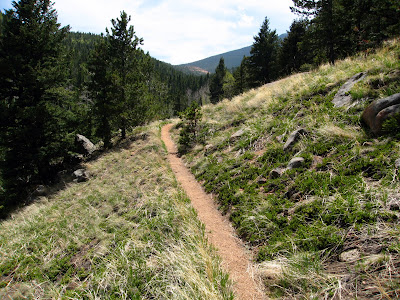 There was still a lot of walking the bike uphill through rock gardens: 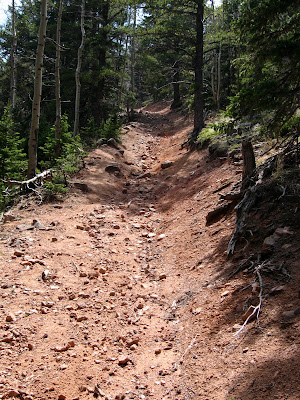 And then it got worse.. 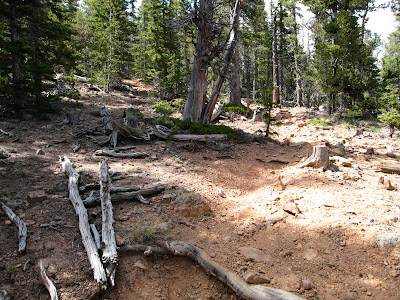 Views were rewarding though.. 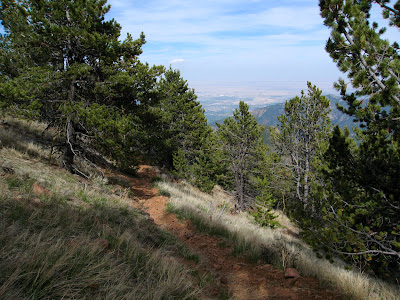 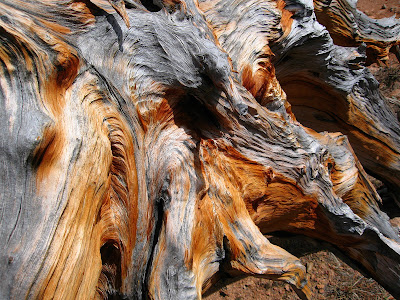 Flowers up there too: 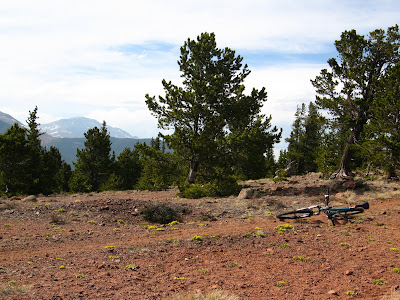 Cool mossy trail on the way down. I think I went through three distinct areas: alpine tundra, decomposed granite and pinyon pine, and evergreen forest with pondarosas. 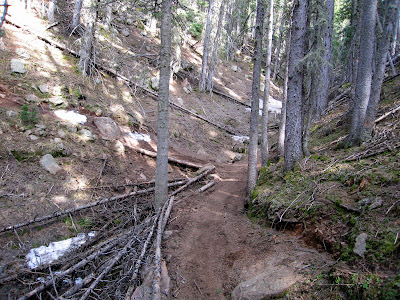 And some sweet trail for the ending.. 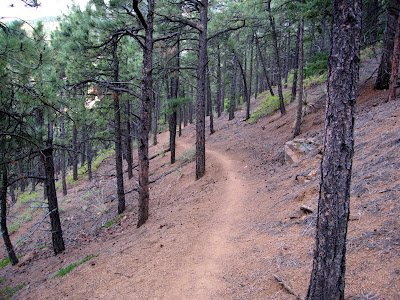 I tried to get a better map, but failed. So here's what it looked like, I think the elevation is pretty good, at least it doesn't exaggerate according to the software.. 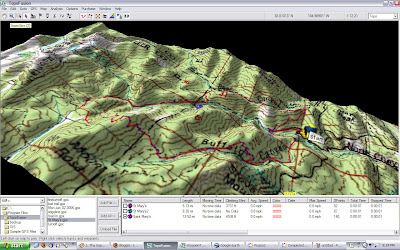